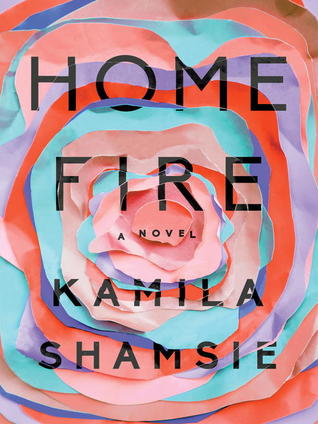 I listened to the Audiobook.

This is a story revolving around being Muslim and what that means to the rest of the world. It is heartbreaking and tragic and will likely elicit a response from your heart and cause you to ponder it for a while – the Muslim culture and what you may believe about it. This novel is told from multiple perspectives; five unique characters. Interestingly, there is no bouncing back and forth between them. We start with the eldest sister of three siblings and end with the British Home Secretary’s voice. At its core, this is a story about unconditional love and the sacrifices made in its name.

I enjoyed being immersed in an entirely different culture and learning a little bit more about a world of which I know little. Enriching my knowledge is one of my favorite parts about reading, and this novel fell heavily into this category of “teach me new things.”

I know it cannot be easy to be a Muslim living abroad and I know they regularly face persecution and scrutiny. Home Fire addressed those difficulties as well as an array of other sensitive subjects we tend to shy away from – for example; what it is to be jihadi and a glimpse into their world and motivations.

This was very slow reading for me for most of the book. It wasn’t until we hit the brother’s voice that things began to fall into place and the story began to crystalize and make sense. I almost abandoned it more than once. Ultimately it was somewhat predictable and heartbreaking. Also worth mentioning; never really felt attached or aligned with any of the characters either as I read which is always a bit disappointing.

Yes. Even though it was a bit tedious at points it fosters empathy for a people who are often persecuted by those who are largely ignorant. It’s worth it for the perspective, at the very least.

Shamsie was born into a well-to-do family of intellectuals in Pakistan. She wrote her first novel, In The City by the Sea, while still in college, and it was published in 1998 when she was 25.
Learn more at:

Have you read this book? If so, what did you think? Let me know if the comments below.