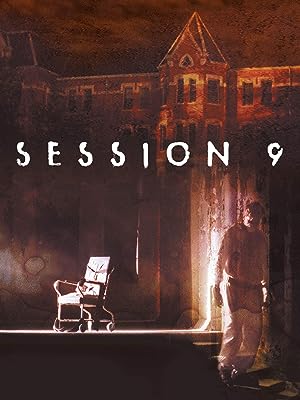 A crew of five men gets hired to take care of cleaning up a section of an environmentally unsafe old insane asylum so it can be used again. (Remove asbestos and the like.) While they are working there strange things start happening.

I enjoyed seeing David Caruso and Paul Guilfoyle again. (Both of these men were main characters on CSI Miami, 2002-2012, a TV series I enjoyed from beginning to end.)

As far as horror movies go, this one is subtle. No vampires, axe murderer, or alien attacking. There’s a lot of suspense building which is enhanced by the disconnection in the storyline. The fear factor is definitely here, but it’s not a jump out and scare you component. It’s quiet and creepy, made even more so by the setting; a giant abandoned, old, insane asylum where horrible acts were committed. The spook factor builds as the story unfolds. But it’s not out-and-out intentionally scary.

Just about everything else.

It was disconnected, dark, and creepy. I didn’t care for the characters and didn’t connect with any one of them – except maybe for the kid who’s afraid of the dark. I kinda get that one. But otherwise these were a collection of ragtag workers who I didn’t identify with at all.

I expected the “creepy” from the snippets I read before watching it, but this was deeply disturbing too. Normally I like suspense, but Session 9 didn’t do it for me at all. Maybe it’s because deep mental illness makes me uncomfortable, on screen or off. I don’t know, but I didn’t enjoy this one at all. I couldn’t really figure out what was going on until about three-quarters of the way thru and my husband even remarked that “there’s no storyline here… ” There is – it just takes a long time for the thread to come together.

Maybe it was too deep for me. Maybe I just need something lighter during these Coronavirus times, but I didn’t care for this at all.

That scene where were are stuck in the basement and the lights go out.

If you like horror movies, give Session 9 a go. It’s not blatant in the fear element – especially in the beginning, but give it a chance to get the story out. If you’re not so into being scared with your movie watching, skip it.